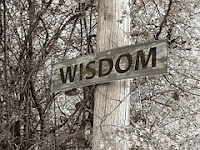 
In a couple of weeks, I’ll be in a total depression because it will be my birthday.  The thing is, birthdays themselves aren’t so bad–presents, cake. I can get into that.  And the symbolism of the 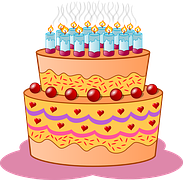 birthday–the passage of time, wisdom, experience–none of that’s so bad, either.  I can deal with it all, even embrace it.  But here’s the thing, and it’s the big ugly.  I don’t like the numbers.  People attach significance to them, tease you that you’re old when you’re 30, tell you you’re climbing up that hill when you’re 40, let you know you’re over the hill when you’re 50, remind you how you’re slipping down the backside of that hill when you’re 60.

I remember some of these milestones with my parents.  Remember teasing them mercilessly when they were 40, 50, 60, 70.  And what goes around comes around.  My kids, who are as bratty to me as I was to my parents, are merciless, too.  But the funny thing is, when my 33 year-old had her birthday a few months ago, I actually heard her complain that she was getting old.  It made my day, because I never complained about age while I was in my 30s, which means at her age, she’s older than I was at the same age.  It gives me ammunition!

You know what, though?  I wouldn’t trade my age.  Sure, I’d like to knock off some wrinkles, not have to restore my natural hair color every few weeks.  But I suppose I’ve earned the wear and tear.  The thing is, while the presents and birthday cake are good, I really do like the wisdom and experience that come with time.  Makes me feel Yoda-ish.

But it also makes me the kind of writer I am.  I was a bit younger when I started writing for Harlequin, and my first several books were romantic comedies.  They were fun, carefree, nothing too deep.  Then I switched to medical drama, and gained a whole new perspective for the stories I wanted to tell.  What I wanted was, well, for lack of a better word, substance.  Mills and Boon gave me that opportunity, and I’ve been able to tackle some difficult situations surrounding romance - death, cancer, disability.  In a book I’ll have coming out in January, 2017, I write about one man’s very difficult time with moving forward after the death of his wife. It’s a topic I couldn’t  have written without my maturity.

I love the words from the Stevie Nicks song, Landslide: But time makes you bolder. Children get older.  I’m getting older, too.  So, while I’m not overly thrilled that the person who looks back at me from the mirror every morning is getting older, and I’m not always the best sport about the teasing, I am good where I am, where time makes me bolder, because it allows me to do what I love.  Sure, it would be nice to think I could take my writing career and dial back the clock to 28 or 30, but realistically, I don’t think I’d have had much to say that anybody would care to read.  So in a couple of weeks, think a kind thought, eat a piece of birthday cake for me, and embrace your own wisdom and experience rather than fretting your chronological advancement.  It beats the alternative... another wrinkle caused by all the fretting. Before I toddle off into the sunset, let me just say that I had a book come out July 1st, titled Doctor, Mommy...Wife?  It’s available in all the usual places.

Until next time, wishing you health and happiness and a few less gray hairs than I have.

Popular posts from this blog

It’s not always about the writing. Sometimes it’s about all that zucchini and yellow squash growing in your back yard. Remember the optimism you had when you first planted those seedlings? Remember keeping your fingers crossed that you’d have a successful little harvest (the key word here being little)? Then, the squash explosion happens and, all of a sudden, you find yourself standing on the street corner, tossing zucchinis into the open windows of passing cars. Paying your vet bill in yellow squash rather than cash. Sneaking around the neighborhood in the middle of the night leaving zucchini and squash on doorsteps. The Craigslist ad: Willing to trade zucchini for ANYTHING!!!

Yep, it’s that time of year so, as I munch on a delicious piece of chocolate zucchini bread, I’m jotting down a few of my favorite recipes that might help you with your summer squash dilemma.

C & D: In Praise of Cats and Dogs (and all the critters that make life better) 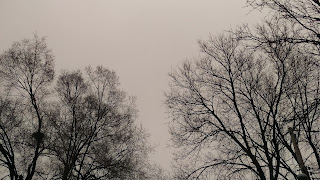 aaaaaaaaaaaaaaaA     AA         a        aaaAAAAaaa               a       AAa          aa     AAAAAAAa Aaaaa      aaA        aaAAI’m going to blog the alphabet this year which, for me, is a pretty hefty investment since that commits me to 26 blogs in 2017. But I’ve been very good on Facebook, not expressing opinion about much of anything, even when I’ve had plenty of words and opinions. I don’t engage in debate or argument, though. That’s just me. Everybody’s entitled to what they want to believe, and I sort of subscribe to the ‘live and let live’ philosophy. But as good as I’ve been on Facebook, I do have some thoughts, and while they might not fit as well with the alphabet, I’m going to give it a try and keep my fingers crossed that I actually have 26 blogs in me. (Admittedly, the X week scares me.) So, let’s get started with the letter ‘A’ and the word: ADJUSTMENT.

Yep, that’s what we’ve got to do. We’ve got to adjust, and I’m not just talking politically, even though some pol…
Read more